Let's play Metin2United online at 1st of february at 19:00 CET 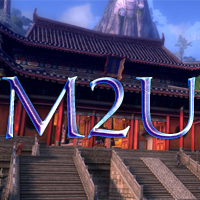 Sovereign Sash. Available in Itemshop and via craft process of

Fine Cloth (dropable in game) at Theowahdan NPC
- Maximum absorption rate on sashes increased up to 25%
- You are able to combine custom sashes in order to receive maximum value of abs. rate
- From now bonus absorption process will take main bonuses of absorbed item
-

Certificate of Reversal+ available in itemshop

2017-02-06:
- 'Macro' protection was disabled for bonus switcher (you won't have problems with it anymore)
- 'Wanted cards' quest added in test mode

2017-01-24:
- Transmutation system added
- Tanaka event changed: mobs will be spawned on random positions each time
- Rain event changed: the map won't be overloaded by mobs which were spawned in previous events
- From now you're able to fix 4th stone socket at Weapon Vendor NPC
- Monkey's boss room quests changed: you won't be teleported in the city when you finish, instead you'll be placed on start position of the map

(available in Alchemist shop for 250kk gold)
- 'Walk through shops' feature added
- Monkey's dungeons changed (rest time for boss: 1H; time for killing a boss: 1H; you need to be in party in order to enter in boss-room)

2016-11-12:
- Protection against 'macro' added
- You can open offline and usual shops only in safezone or on trade map. You cannot open shops too close to each other
- Coins added in inventory window
- Added possibility to sell items for coins via offline shops
- Hometown damage bonus was disabled

2016-10-10:
- PvP-balance on Elysium was changed (almost all classes were boosted in order to get equal chances in PvP)

2016-10-07:
- Offline messages were added in game (you won't miss any message)
- Chat history was added into whisper dialog
- From now you can join PvP-Tournament via Berserk menu
- Deleted possibility to buff while you're in Anti-Camping mode
- Deleted possibility to buff in PvP-Tournament
- Fixed weapon-skins bugs for pvp
- Youtube costumes were added

(available only for youtubers)

), available in Itemshop
- You're able to use return coins feature for Wind Chaser Boots and Experience Rings
- Entry limits were changed for some maps: Green Valley (Lv. min. 90), Thunder Desert (Lv. min. 140)
- Was added Alternative Crafting (check out Blacksmith NPC)
- Sidebar help-menu was moved into inventory window
- Bonus switcher has 3 slots for items, also you're able to use scrolls from Beginners Box now
- You're able to add bonuses with enchant scrolls on costumes and weapon skins

2016-08-23:
- Now you have possibility to add any players in "Block list", if player is there you'll not receive private/shout/chat messages from him
- From now you have possibility to disable Insult filter in game (available in game options)
- Also was applied few security fixes. You aren't able to equip/unequip/use some items too fast, - more than 2 times per second. Fixes for channels/game stability were applied

which allows you to move/trade pets (available in Itemshop)
- Stay4Coins feature was enabled again (at the moment it works in 'usual' mode, - it's harder to gain coins in compare with 'event' mode)

2016-08-12:
- Possibility to refund costumes on Elysium for 249 coins. In order to use this feature drop costume on Hong-Hae NPC
- Added protection for Dragon Chests. You cannot open the chest if alchemist quest isn't finished